Get fresh music recommendations delivered to your inbox every Friday.

by The Monolith Deathcult Official 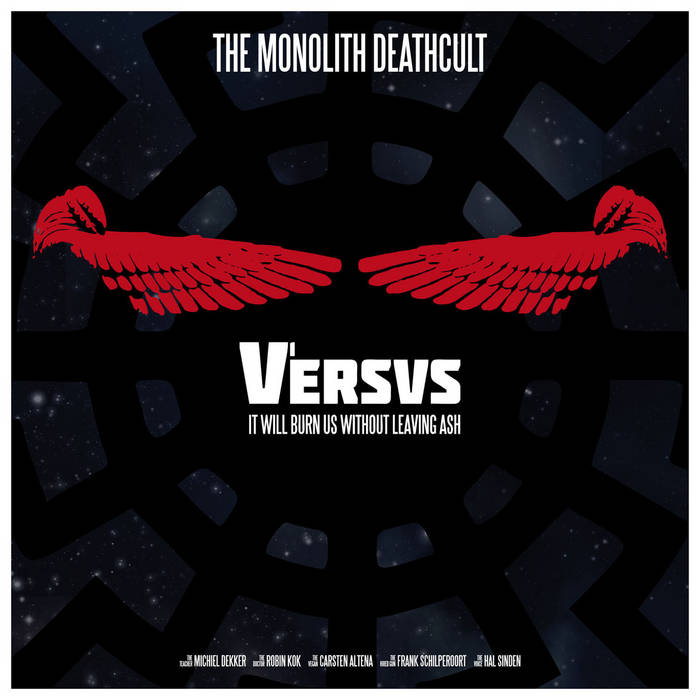 Stefan Minarik Been waiting for this too long, and it delivers big time, no brainer Buy it!! If Tetragrammatton and Trivmvirate belongs to your all time best ones, than this is going to blow you away. Occultism ahead! Favorite track: The Furious Gods.

Veggietales From The Crypt

“Versus 1” is delivered, like a secret and new weapon, The Monolith Deathcult are walking a unique path! A concept album about the occult side of Nazism.

This world is an absurd and an obscene place. There’s no doubt about that. And the music (if you can call it that) of The Monolith Deathcult is designed to reflect this.

But, whether you want it or not, that’s what you’re going to get. And more. Because these guys don’t know the meaning of the word “restraint”, and laugh in the face of terms like “subtlety” and “discretion”. The group’s unconventional, cantankerous nature extends to their lyrics as well. Not for them the well-worn clichés of zombies, serial killers, or pseudo-Satanic mysticism. No sir.

Instead you get songs about real events, real people… real horror… from the occult obsessions of Himmler and the SS (“The Furious Gods”) to the terrible atrocities committed by the Red Army under Stalin (“This Inhuman Place Makes Human Monsters”)… plus the occasional track about secret Nazi time-travel machines (“Die Glocke”). One thing’s for sure though. This ain’t your daddy’s Death Metal.

Building from the success of Trivmvirate and Tetragrammaton, albums which were described as both “superfluously awesome” (NoCleanSinging) and “entertaining, bonkers filth” (Metal Hammer), the Netherlandic nihilists have spent the last several years travelling, training, and testing their mettle on stages across the globe (or, at least, across most of Europe), honing and refining their skills in order to become the undisputed masters of Supreme Avant-Garde Death Metal.

What is “Supreme Avant-Garde Death Metal” you ask? It’s the unholy fusion of Morbid Angel, Ministry, and My Dying Bride. It’s a rejection of convention and a refusal to conform. It’s the fretripping technicality of Cryptopsy and the OTT-brutality of Nile melded with the cybernetic grooves of Thorns and Mysticum, along with a hefty helping of shamelessly symphonic swagger akin to early Cradle of Filth and latter-day Septic Flesh. It’s all things, to all men, and it’s set to take over the world. Like all budding supervillains however, the band’s latest plan for world domination is both unnecessarily complex, terrifyingly convoluted, and so evil it’s worthy of at least two separate monologues, dividing their upcoming fifth album into three separate parts (Versus 1, Versus 2, and Versus 3) which will, with a little energon and a lot of luck, eventually come together to form the hideous gestalt entity known only as V. At seven songs, totalling more than forty-seven minutes’ worth of mind-melting metallic mayhem, Versus 1, the first part of the band’s titanic trilogy of terror, is scheduled for release on the 19th of May 2017 via Hammerheart Records.

So get ready, because the games are only just beginning…

This is the official Bandcamp account of The Monolith Deathcult.

All proceeds go straight to the band.

Bandcamp Daily  your guide to the world of Bandcamp